5 Must Visit Lakes In Northern India 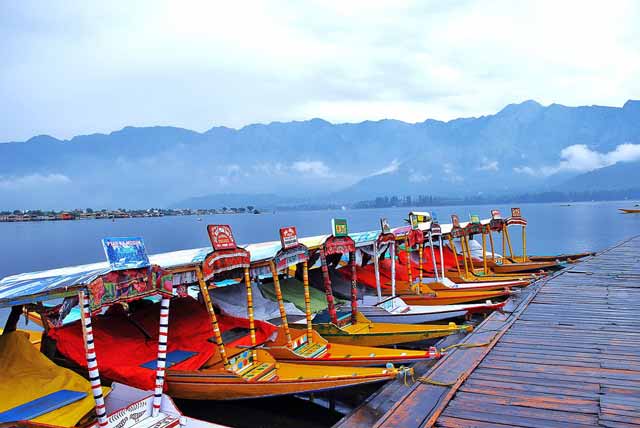 5 Must Visit Lakes In Northern India

Travelling to the fair share of the globe, I have been thrilled and repelled many a times. However, the excitement and befuddlement my own subcontinent India bears, I never found anywhere. Being the east subcontinent, India is a land of culture, color and amazement, which nobody can witness anywhere. The geographical beauty, historical heritage and nature’s aura, all sums up and make it the ‘Incredible India’. India is full of natural beauty, picturesque scenery, snow-capped mountains, historical legends, and changing culture to unwind in every few miles. So, obviously the treasure is impossible to unwind in a journey of a few days; hence, if you are someone far away from the Indian subcontinent, then you will require to keep coming back and back here.

Considerably, as the continent is big with drizzling traveler spots, each and every spot is unique in itself and you must try to visit each of them. However, if are thoughtful of where to start the journey, then the suggestion is strictly the 5 beautiful and serene lakes of India based in the Northern part. The lakes might or might not be related to the mythological set-back, but they must have the tranquil and serene environment, which will change your mind to leave the hefty life and reside somewhere near that. Well, starting from the top of India, the first lake is;

Without a doubt, the Pangong Tso Lake in the hilly cliffs of Ladakh takes the cake. The popularity of the lake exploded after being featured in the Bollywood hit “3 Idiots”. It’s a shimmering stretch of clear blue water for as far as the eye can see. Tucked into the hill at a height of about 4,000 meters, it’s close to 80 miles long and spans both India and Tibet. One peculiarity of the lake is its tendency to freeze completely in the winter months, despite containing salt water. A five hour drive from the capital of Ladakh, Leh, this lake has been the scene for numerous movie shoots, due to the pristine color and quality of the water for which it has become world renowned.

Photo by Felipe Skroski, CC BY 2.0

Located in the town of Pushkar, Rajasthan, this lake is sacred in the Hindu religion, and as a result, people arrive here on pilgrimage to take a bath, believing it to have spiritual and physical benefits. It is believed that the lake appeared when the pious Lotus of Lord Brahma fell down here, while searching the suitable place for the Yagna. The lake is so important for the pilgrimage that the lake is called as the “Tirth Raj”, which means the “King of Pilgrimage”. The lake is beautifully surrounded by the 52 Ghats, which have their own importance in the Hindu Mythology. You can even be the part of the biggest fair extravaganza, Pushkar Mela; if you are visiting the lake during Kartik Purnima in November.

Another lake belonging to the mighty Himalayas, this is the destination spot for backpackers and hikers galore that requires no major preplanning, and it is an easy walk away in Himachal Pradesh. Surrounded by towering mountains on the side and a stunning view of the snow packed peaks on the other, this crescent shaped beauty is definitely something to see. Campers take especial delight in the meadows on the banks of the lake to pitch tents. After the cold weather passes, these meadows become extremely picturesque with a multitude of flora to decorate the scene.

Jammu and Kashmir, candidly called as the “Heaven” on the Earth, is incomplete if Dal is not there. It is openly called as Srinagar’s Jewel, it shows its importance to the Jammu and Kashmir state’s tourism economy. The best possible view to get at the lake is the shoreline. Running about a dozen kilometers, there is a street littered with remnants from the bygone times of the Mughal Empire. The empire, which took a keen interest in the beauty of the lake and surrounding area, making it a summer destination spot before the concept existed. Boats are also available to take a ride on the lake, decked outlandishly with lavish colors and designs termed as Shikaras by the locals.

We finish off with a holy place for the multitude that is Rewalsar Lake, or as the Buddhists call it as the Tso Pema Lotus Lake. Roughly shaped like an irregular polygon, this lake is considered to be the beginning of the journey of Padmasambhava or “Guru Rinpoche” to Tibet. He is considered as the driving force for the emergence of Buddhism worldwide, and making this lake of utmost importance for Buddhist pilgrims. There are six temples surrounding the lake, half being Hindu and the other half being Buddhist with multiple festivals held through the year for various religious reasons. Reaching the lake is quite straight forward, as it is in the Mandi district of Himachal Pradesh about 24 km from the main city of Mandi.

Folks have a habit of pre-planning a vacation and following a schedule so tightly that they miss out on the whole point of actually going on vacation, which is to have fun and enjoy. This is by no means a vacation itinerary, but a general feedback based on my travels and experiences. But if you do get the chance to stop by any of these places, whether by planning or accident, I would definitely seize the